The Australian National surfing Museum opened its doors in December 1993. Australia’s first dedicated surfing history museum was soon recognized by the International Surfing Association as “A place of surfing significance”. The ANSM is the largest museum of its kind anywhere in the world and is the only accredited surfing museum. The museum is dedicated to telling the story of Australian surfing through permanent displays and temporary exhibitions and is also the home of the Australian Surfing Hall of Fame which recognizes significant Australian surfers and the contributions they have made to industry, sport and culture. The museum is run under the auspices of the Surf Coast Shire Council and managed by a team that combines full time paid staff and enthusiastic volunteers. Situated in the heart of Torquay’s Surf City precinct the museum is open 9-5, 364 days and welcomes locals, visitors and international travelers keen to explore Australia’s rich surfing heritage.

To be the centre of Australian surfing heritage.

To collect, preserve, document and share nationally and internationally significant items and stories of Australia’s surfing history and culture.

Authenticity in the stories and information we share.
Inclusivity by representing the diversity of the Australian surfing community.
Sustainability – environmentally and economically. 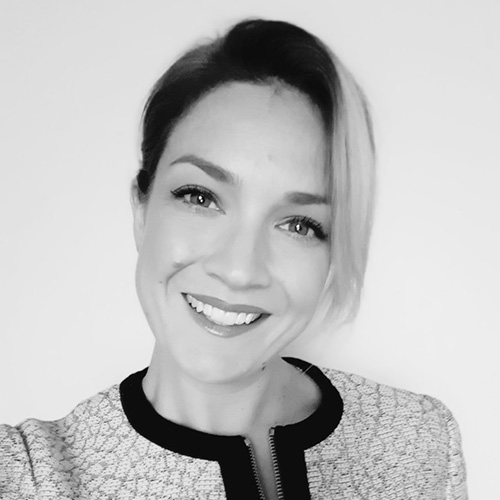 Born and bred in Canberra, and brought up on South Coast beaches from Bulli to Broulee, Evelyn is the Coordinator of the Museum. Evelyn’s a qualified museum professional with a Bachelor of Arts

(History), Master of Museums and Collections and a Master of Cultural Heritage (hons). She arrived in Torquay in 2019, having spent the last 5 years in Scotland, where she was the Head of Public Programmes at the National Library of Scotland. Before that Evelyn worked as a Heritage Manager at New Lanark World Heritage Site, Senior Audio Archivist at AIATSIS and with the National Museum of Australia supporting their Aboriginal and Torres Strait Islander department.
Read more 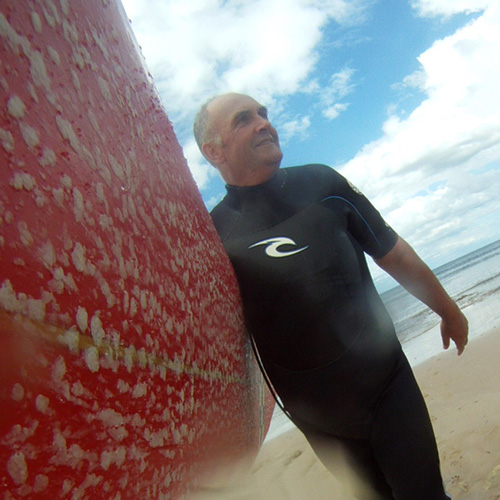 Craig Baird started his involvement with the surfing industry the day he left school, first managing the Piping Hot surf shop, then a twenty six year career painting surfboards for Rip Curl, Watercooled and other
prominent Victorian surfboard labels. He has worked alongside many of the world’s most celebrated surfboard shapers and had his work has appeared under the feet of some of the world’s best surfers. Craig started work at the museum in 1994 as a content specialist but also puts his event management, museums training and creative talents to great use to help share the story of Australian surfing. 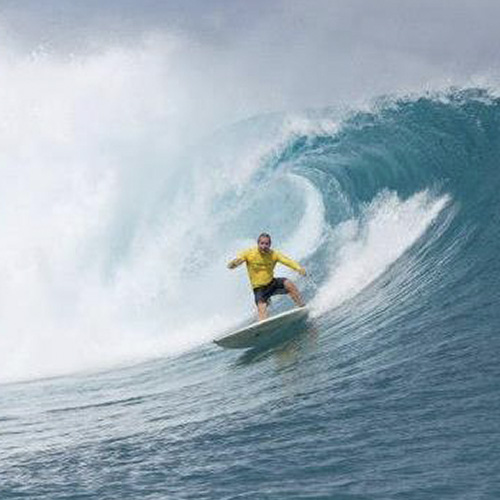 Thanks to an older brother who surfed and made boards, Gary first rode waves as a pre-teen on Sydney’s northern beaches in the late 1960s. His teenage passion for the surf helped convince his high school headmaster
to allow surfing as an “official school sport” for he and his fellow students in 1978, the world’s first school to have such a program. Co-founding Curl Curl Boardriders Club in his late teens, Gary then became a journalist in Sydney in the early ‘80s, where he persuaded the Daily Telegraph sports editor to publish a weekly column that Gary ghost-wrote with four-time world champion Mark Richards from ‘83 to ‘87. From ‘88 to ‘95, he edited Tracks ­- Australia’s longest-running monthly surf magazine. Almost two decades at Rip Curl’s Torquay HQ as Team Manager followed, during which he got to work closely and surf with world champions Pam Burridge, Tom Curren, Damien Hardman, Mick Fanning and Stephanie Gilmore, among many others. Four years ago he landed at the Museum, where he gets to research and talk surfing five days a week with people from all over the globe as our Projects & Tours Officer.
Read more

PLEASE NOTE: General admission prices are for self-guided tours with no time limit.