SURFERS YOU SHOULD KNOW – ARTHUR PARKYN 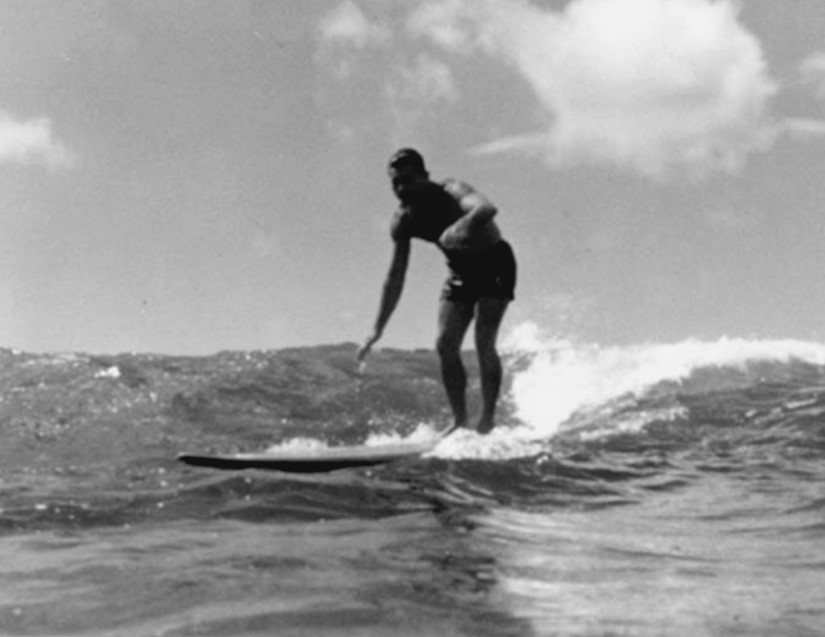 Arthur had been to Hawaii three years earlier and was warmly welcomed back by the islands life saving crew. Parkyn didn’t stop there however, he also travelled to the U.S. and coached their surf life saving team in the techniques and equipment that would be used at the Australian event. He also suggested to the surfers on the team he had been coaching that they bring their Malibu style surfboards to demonstrate contemporary surfing while in Australia.

Although the teams were in Australia primarily to compete at Torquay their impromptu demonstrations of Malibu surfing at Torquay, and other spots along the Aussie coast made a huge impression on the local surfing population. On shorter lighter balsa and fibreglass surfboards (standard equipment for Aussies at the time was 16-18 foot hollow plywood surfboards) surfers like Mike Bright, Bob Burnside, and Greg Noll showed off the performance potential of more modern equipment. They could climb and drop in the critical part of the wave, surf out onto the shoulder then back into the hook, simply go places on a wave Australian surfer had never been.

Although there was some initial resistance to these new fangled boards by older SLSC members, board manufacturers like Gordon Woods and Vic Tantau were straight onto it producing local copies of the American boards. A new era of surfing in Australia had begun, the dawn of surfing’s modern era and Arthur Parkyn had played a key part in ushering in those changes. In gratitude for his efforts the American team left one of their boards with Arthur, who took it to Gordon Woods to be copied . . . but that my friends is another story.