SURFERS YOU SHOULD KNOW – HARRY WICKE 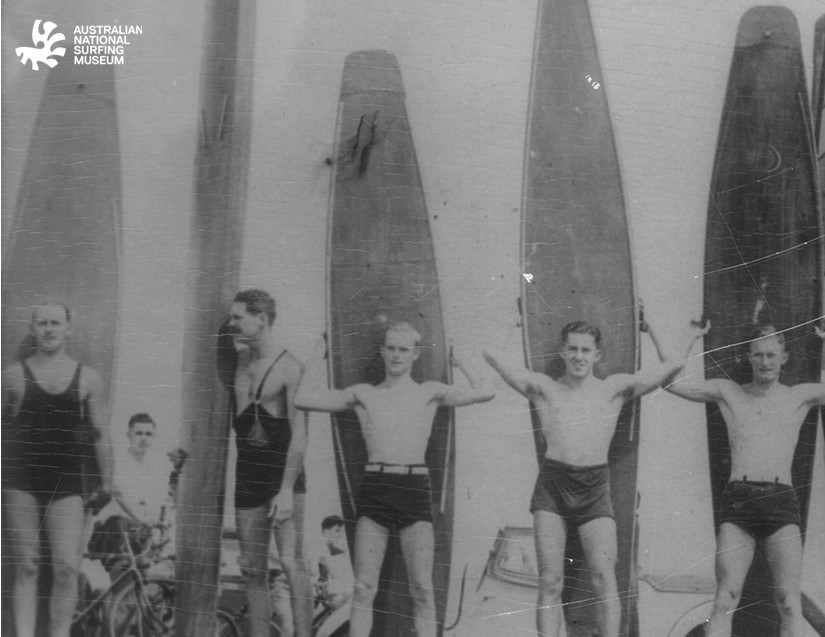 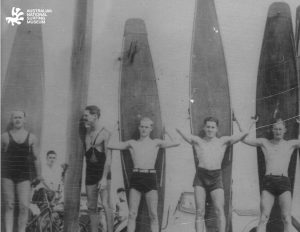 Harry Wicke was Australian surfboard champion in 1939, he loved the beach, surfing, and was actively involved in the local Surf Life Saving club. But darker days were looming on the world stage, troubled times that would unfairly impact Harry, his idyllic coastal life was about to get turned on its head.

Harry‘s father was German and his mother an Aussie, he was born in Germany in 1914. The family moved to Manly in 1927 where young Harry was soon drawn to the sparkling waters of the Pacific. Harry joined the Manly Surf Life Saving Club but didn’t consider himself a strong swimmer, of all the club activities he was drawn to and became quite skilled at surfboard riding. His first surfing experiences were on solid “Hawaiian” style surfboards before progressing to hollow ply wood craft.

Slightly built Harry struggled with the belt and reel, used for ocean rescues, and admitted that swimming was not his greatest strength. Harry realised using surfboards for rescues had some benefits, you could get out to those in trouble much quicker and suggested to the authorities that boards be used for rescues. His ideas were not warmly received at the time, years later surfboards would become an important part of surf clubs rescue equipment

Harry was the reigning Australian surfboard (paddling) champion when he was invited to be part of the selection trials for the 1939 Pacific Games in Honolulu (Harry is in the middle of the pic from the trials) and was chosen to go . . . but was refused a passport. With war in Europe looking certain, and with German ancestry Harry became an outsider, people didn’t like the idea of having a “foreigner” winning events in Australia or representing the country overseas. As disappointing as this was for Harry Wicke things were about to get a lot worse.

He was arrested on June 20th 1940 and taken to Long Bay Gaol and then transferred to an internment camp in Tatura in Northern Victoria. On his prisoner of war report the reason for his internment was given as “Enemy Alian” (sic). Harry admitted that he nearly went mad while being imprisoned, and once released found it impossible to regain his old life. He tried to rejoin his old club but was rejected, people still viewing him with suspicion despite him being released from internment before the end of the war, obviously he posed no threat.

Harry was spurned by his peers, lost his social contacts and his love of surfing. Finding himself an outsider Harry found surfing wasn’t enjoyable anymore. As a result Australian surfing lost one of its brightest stars of that time.

In his his great book “Australia’s Surfing Century” Tim Baker shone a light on a number of surfers like Harry who have not been properly recognised in many surf histories. If you would like to know more about Harry Wicke Tim’s book would be a great place to start”